Almost a year ago, Steve received an award at work. He was 2nd in the nation in sales. He received a monetary award and I immediately put stashed it away for something special.

We began to think about what we would like to do to celebrate.

Steve has been a Dallas Cowboy football fan for as long as I have known Him and according to his family, much longer than that.

He has seen the Cowboys play in person but not in Texas on their home turf.

Why not make a long weekend of it and enjoy some time away?

We picked a game and ordered tickets

We scheduled a hotel and a rental car

We bought our plan tickets and then we waited.

Months went by and finally the time came for us to pack up and leave.

We say goodbye to the family.

A baby trying to get his two front teeth and is making life hard on his parents.

A sleepless momma of a little.

A sick daddy (mine) who has struggled for the most of two weeks.

A mom (mine) worried about the sick daddy but stays the course and is the best nurse you can find.

We don’t worry that our home will be taken care of, but anyone who lives with multi-generations understands as we travel out of state, that we care for one another and when one family is missing………. well exactly that, one family is missing. It’s not that our family can’t take of themselves, because that’s not the case at all. It’s that we miss being with them.

We travel to Texas with agendas and plans.

Most of the weekend has passed before the main event.

Before we left home appropriate game clothing was purchased. It’s not every day you get to celebrate at the Dallas Cowboys stadium.

There were T-shirts and jerseys to choose from but I’m not really a typical T-shirt kind of girl.

However when I saw these star pants, I was sold!

We schedule a shuttle to take us to the stadium.

Wow what a stadium!

Now, professional football tickets aren’t cheap and obviously the AT&T stadium in all its fanciness needs to charge enough to birth a child for a football ticket.

Our seats were…..let me just say……up high. I was able to get a serious cardio workout as we climbed stairs. 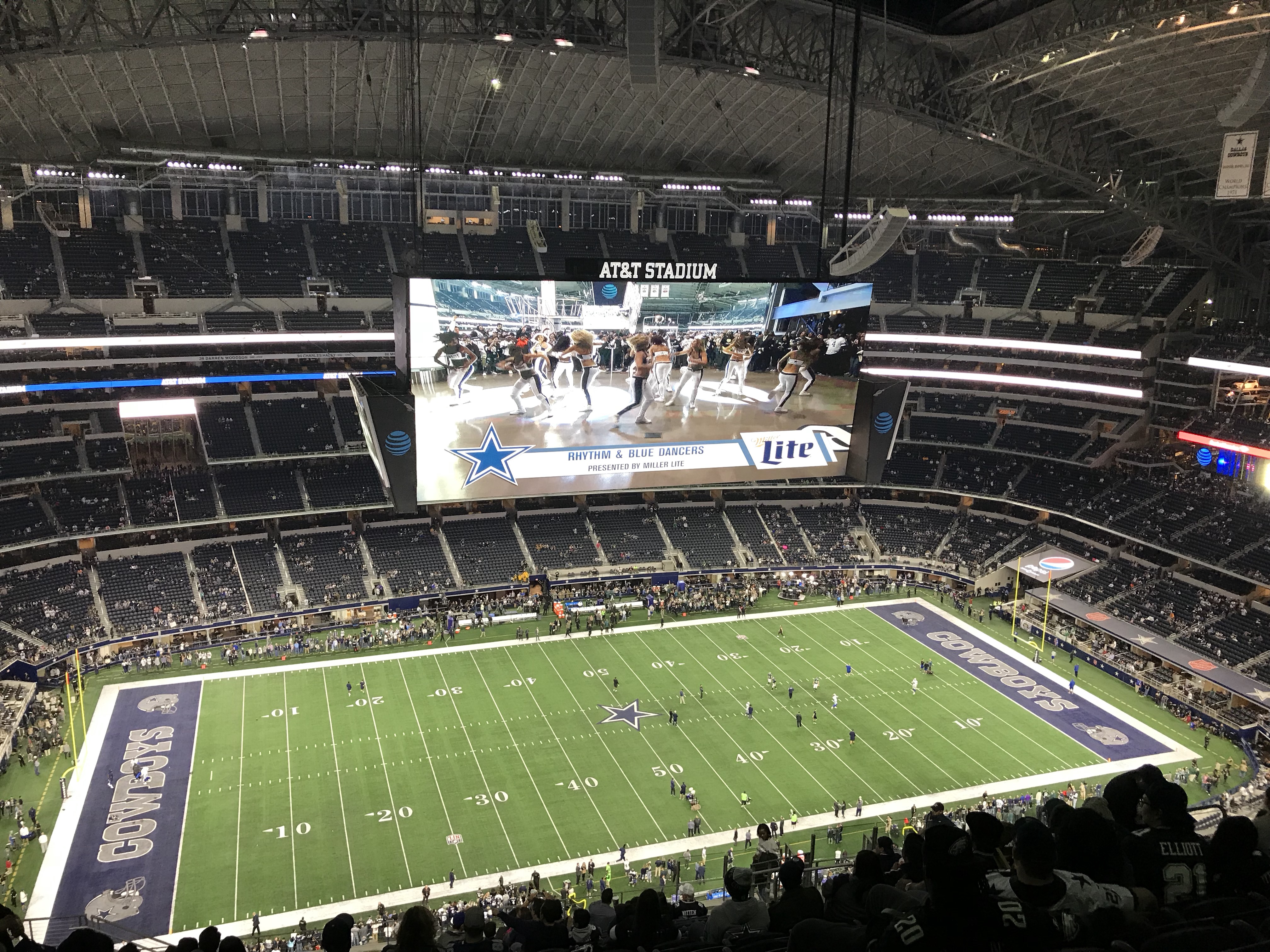 The jumbo screen is so big, it wouldn’t have mattered if we were outside in the parking lot, it felt as if we had front front seats.

We were able to see the DCC

And we participated in the National Anthem 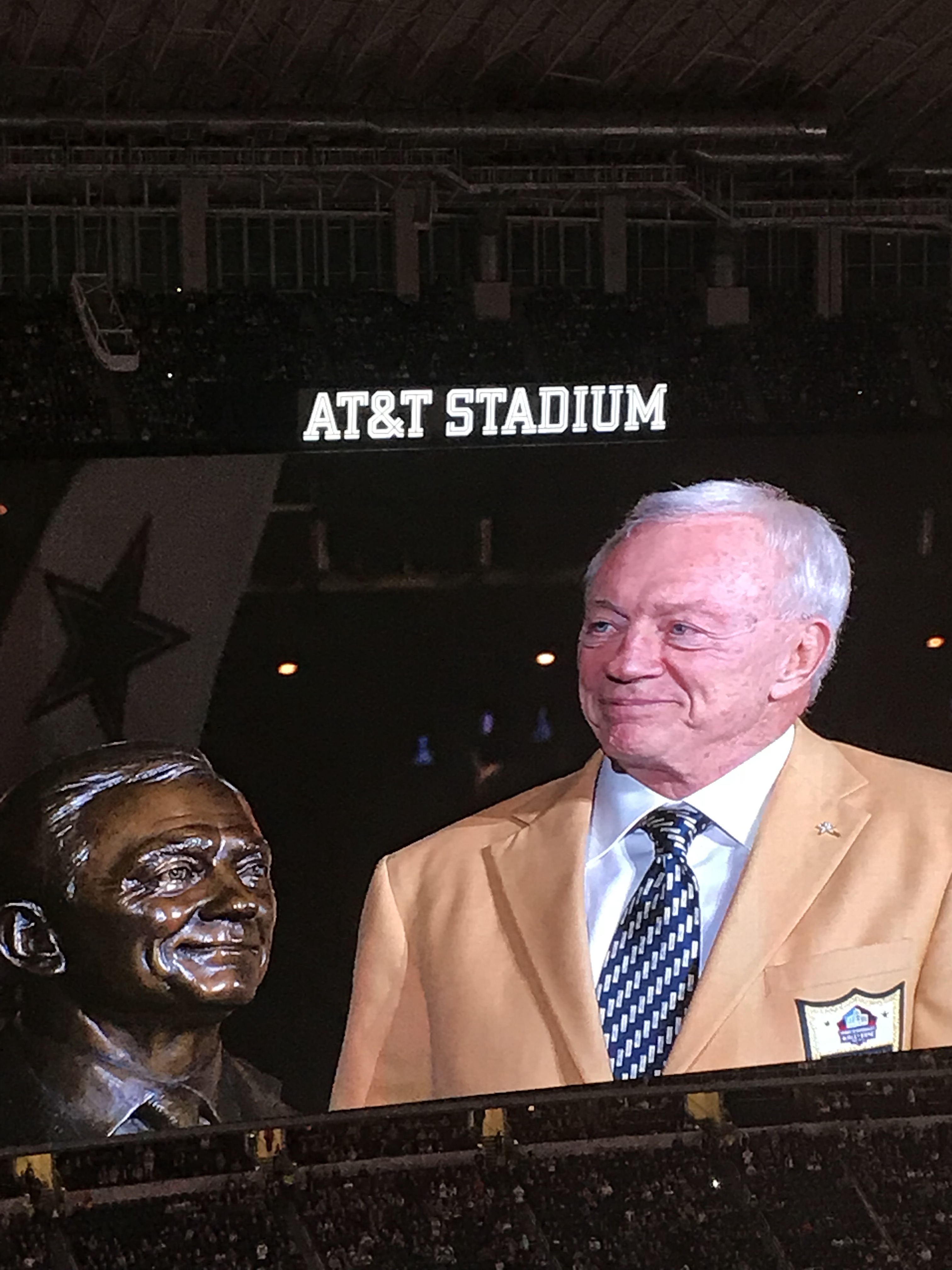 Watching and sitting next to my favorite guy as he experiences and stores away memories. 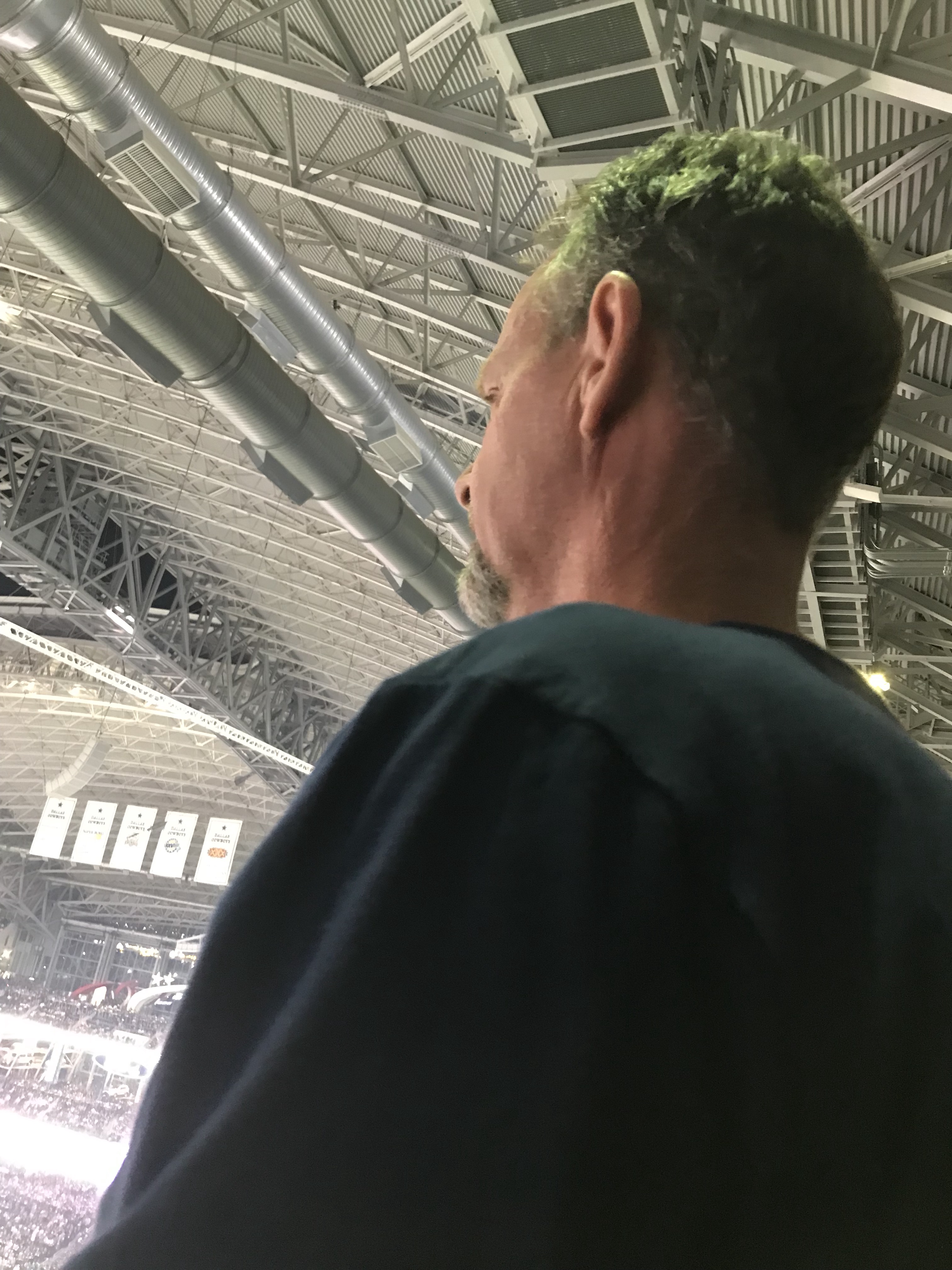 The game did not go as planned. The Boys did not play their best and it was a disappointing loss. However the evening was everything we hoped for.

We spent time together

We enjoyed and created memories

Steve works extremely hard and I’m grateful for the time we are given to celebrate him.

We now sit in the airport on the Monday before Thanksgiving dreaming about our next adventure and excited to get home to our families.

As we have traveled the last 4 days like Trains, Planes and Automobiles we are fingers and toes crossed and bathing in anti-bacterial that the cooties stay away.

Make the most of the time given you.

Jesus lover 💜 Wife of Steve for 36 years 💜 Mom to 2 grown kiddos 💜 BB to grandsons Jack, Luke and Patrick Joseph 💜5 years ago we purchased, Rescued and Restored a 118 year old farmhouse and we live together as a multigenerational household. Come follow our crazy. Isaiah 54:7
View all posts by Charmadawn →
This entry was posted in Cinderella Project. Bookmark the permalink.